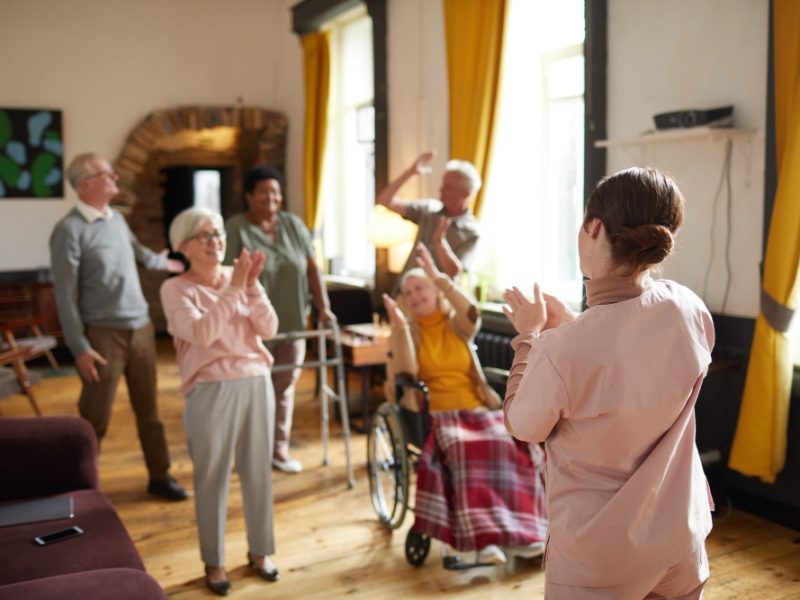 Three neighboring cities, towns, and the like are Fort Gibson, Summit, and Okay.

Our network provides data for 10 senior living communities in Muskogee, OK with this community.

York Manor Nursing Home reports the below data to the Centers for Medicare & Medicaid Services (CMS). The Retirement Being team compares each datum to the nation’s and Oklahoma’s averages.

York Manor Nursing Home provides staffing information to the CMS, which the federal agency uses to calculate the below staffing data. Our team then sets each data point against the nation’s and Oklahoma’s averages.

The total nursing staff turnover rate is 54.9%, 1.6% higher than the nation and 7% lower than the state.

For York Manor Nursing Home residents that require a hospital visit, Eastar Health System is the closest, 3.91 miles away. Jack C. Montgomery VA Medical Center is the next nearest, 4.65 miles away.

The closest pharmacies are CVS Pharmacy, 0.42 miles away, and Walgreens, 0.44 miles away. Economy Pharmacy and Sand Springs American are two more in the area.

Should there be a need for dental care, Walter E Davis DDS and Cohlmia Orthodontics are 0.05 miles and 0.25 miles away. As for vision care, EyeCare Of Muskogee is 0.42 miles from the community.

If some fresh air or exercise is desired, Civitan Park is 1.49 miles away, and Honor Heights Park is 4.66 miles away. Gentry Cinema is 20.99 miles away for an activity with little physical movement. Bookworms can find solace in Connors State College – Muskogee Campus Library, 2.04 miles from York Manor Nursing Home.

Nearby places of worship include Harvest Ministry Church and The Church Of Jesus Christ Of Latter-Day Saints. The former is 0.31 miles, and the latter is 0.36 miles from the community.

When the time comes for a haircut or trim, Tarks Barber Shop is 0.74 miles away.

Seniors looking to dine out or order takeout have several choices, including Boomarang Diner and Green Country Lanes, 0.12 miles and 0.27 miles away. Chicken Express and Chow’s Express are a couple of other establishments in the area.

To do some grocery shopping, Homeland is 0.48 miles away, and Marvin’s IGA is 0.77 miles away. Homeland and Alps are two more nearby options.

Take care of financial needs at IBC Bank, 0.37 miles away, or American Bank Of Oklahoma, 0.37 miles away. Firstar Bank and Armstrong Bank are also in the vicinity of the community.

The Weather in Muskogee

July was Muskogee’s warmest month of the last year, with an average high of 98°F. Conversely, its coldest month was January. The average low in January was 25°F.

The city saw 39.83 inches of precipitation, 10 inches of snowfall, and average humidity of 66% over the last 12 months.