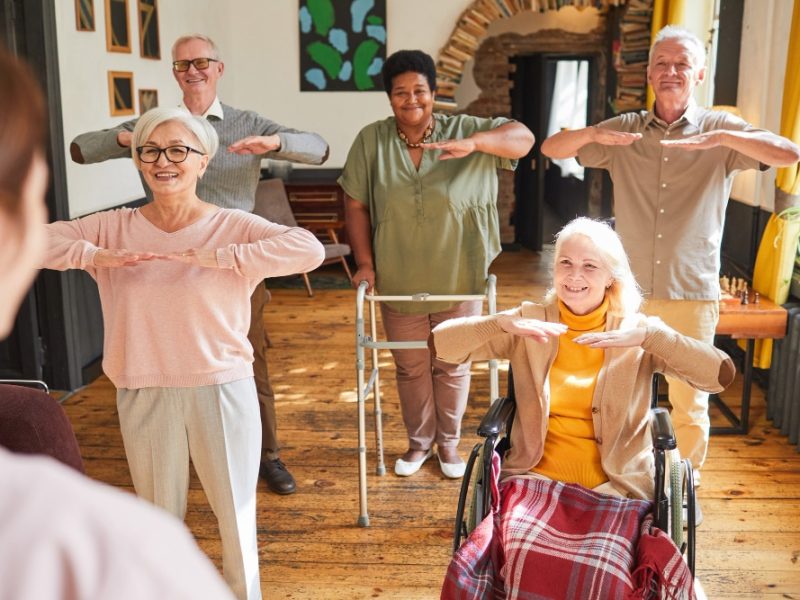 Three neighboring cities, towns, and the like are New Middletown, North Lima, and Boardman.

Our network provides data for 5 senior living communities in Poland, OH with this community.

A for-profit corporation, Woodlands Assisted Living accepts Medicare and Medicaid. The facility contains 70 beds with an average occupancy rate of 70%.

Woodlands Assisted Living reports the below data to the Centers for Medicare & Medicaid Services (CMS). The Retirement Being team compares each datum to the nation’s and Ohio’s averages.

46.7% of low-risk residents lose control of their bowels or bladder, 0.3% less than the nation and 4.1% more than the state.

1.7% of residents have a urinary tract infection, 0.7% less than the nation and the same as the state.

Woodlands Assisted Living provides staffing information to the CMS, which the federal agency uses to calculate the below staffing data. Our team then sets each data point against the nation’s and Ohio’s averages.

Physical therapist hours total 5 minutes per resident daily, the same as the nation and 1 minute longer than the state.

For Woodlands Assisted Living residents that require a hospital visit, Saint Elizabeth Boardman Health Center is the closest, 2.58 miles away. Salem Community Hospital is the next nearest, 7.66 miles away.

The closest pharmacies are Prescription Center, 1.34 miles away, and Rx Center, 1.35 miles away. Hometown Pharmacy Solutions and Pharmacy Data Management are two more in the area.

Should there be a need for dental care, Stephen M Begezda DDS and Terrence J Martzial Jr DDS are 1.14 miles and 1.17 miles away. As for vision care, Maceyko Randall M & Maceyko Robin M Ods is 1.76 miles from the community.

If some fresh air or exercise is desired, Peterson Park is 2.51 miles away, and Boardman Park is 2.99 miles away. Regal Cinemas Cinema South is 2.6 miles away for an activity with little physical movement. Bookworms can find solace in Poland Library, 2.4 miles from Woodlands Assisted Living.

Nearby places of worship include New Life Church and Bethel Evangelical Friends Church. The former is 0.09 miles, and the latter is 0.91 miles from the community.

When the time comes for a haircut or trim, Sei Bella Salon is 2.31 miles away.

Seniors looking to dine out or order takeout have several choices, including Lin’s Garden and Ianazone’s Pizza of Poland, 0.11 miles and 0.11 miles away. Coaches Burger Bar and Wendy’s are a couple of other establishments in the area.

To do some grocery shopping, The Village Pantry is 2.43 miles away, and HP Nemenz Food Stores is 2.56 miles away. Giant Eagle Supermarket and United Sales & Distributors are two more nearby options.

Take care of financial needs at Martin Financial Services, 0.71 miles away, or Waterstone Mortgage, 0.93 miles away. Clayton Rick and Home Mortgage Union are also in the vicinity of the community.

The Weather in Poland

July was Poland’s warmest month of the last year, with an average high of 82°F. Conversely, its coldest month was January. The average low in January was 15°F.